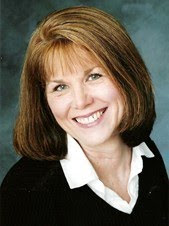 Linda S. Clare is an award-winning coauthor of three books, including Lost Boys and the Moms Who Love Them (with Melody Carlson and Heather Kopp), Revealed: Spiritual Reality in a Makeover World, and Making Peace with a Dangerous God (with Kristen Johnson Ingram). She has also published many essays, stories, and poems in publications including The Christian Reader, The Denver Post, and The Philadelphia Inquirer. Linda grew up in a part of Arizona, where the dirt is as red as it is in Central Oregon. She graduated summa cum laude in Art Education from Arizona State University and taught in public and private schools. She has taught college-level creative writing classes for seven years, and edits and mentors writers. She also is a frequent writing conference presenter and church retreat leader. She and her husband of thirty-one years have four grown children, including a set of twins. They live in Eugene, Oregon, with their five wayward cats: Oliver, Xena the Warrior Kitty, Paladine, Melchior, and Mamma Mia!

When legally separated Muri Pond, a librarian, hauls her kids, teenager Nova and eleven year-old Truman, out to the tiny town of Murkee, Oregon, where her father, Joe Pond lived and died, she’s confronted by a neighbor’s harassment over water rights and Joe’s legacy: a fence made from old oven doors.

The fence and accompanying house trailer horrify rebellious Nova, who runs away to the drug-infested streets of Seattle. Muri searches for her daughter and for something to believe in, all the while trying to save her inheritance from the conniving neighbor who calls her dad Chief Joseph.

Along with Joe’s sister, Aunt Lutie, and the Red Rock Tabernacle Ladies, Muri must rediscover the faith her alcoholic dad never abandoned in order to reclaim her own spiritual path.

If you would like to read the first chapter of The Fence My Father Built , go HERE